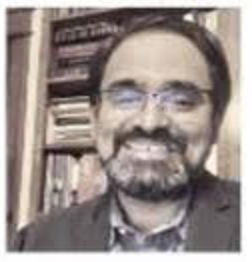 Cultural Heritage Series
India: Home to Old & New World Religions
~ A Presentation by Vasu Mohan ~
The NOVA Baha’i Center is hosting a series of talks exploring different cultures that immigrants carry to America, bringing to life the promise “e pluribus unum” – out of many, one.
The first talk explores India – a vast land of 1.2 billion people and incredible diversity. Stretching from the mighty Himalayas in the north to the Indian Ocean in the south, this nation is the birthplace of Hinduism – one of the oldest world religions. It also has one of the largest Muslim populations and the largest Baha’i community.  India is connected to the origins of the Baha’i Faith. One of the Letters of the Living, the first followers of the Báb was from India. India’s Baha’i House of Worship is one of the most visited places in the world, more than the Taj Mahal!
Date & Time: Saturday, Jan. 23, 2021, from 7:30 PM to 9:00 PM
Join by Zoom:
https://zoom.us/j/97282473084?pwd=VnVVTFhqOVdiWHIxZTl2Q3NYcStNUT09
Meeting ID: 972 8247 3084
Passcode: 1919
One tap mobile +13017158592,,97282473084# US (Washington D.C)
Find your local number: https://zoom.us/u/acwzjgkYrk
We encourage participants to turn on their cameras to create a friendlier and more interactive atmosphere. This program will be recorded and posted to the NOVA Baha’i Center YouTube channel https://www.youtube.com/channel/UCOu9GJbwi7FaR6LccAfdiiA?pbjreload=102.

Vasu Mohan is a Baha’i of Indian and Sri Lankan descent, living in DC. He works on election integrity, human rights, anti-racism, and conflict mitigation. You can learn more about his work at https://www.ifes.org/people/vasu-mohan. Vasu is the author of three publications on topics such as gender equality and countering hate speech. Vasu is also a dancer and does choreography in the Indian classical dance style – Bharata Natyam. He is a passionate advocate for social justice and enjoys sharing ideas on plant-based cooking on his Facebook cooking group called Cinnamon Garden.