The life of a Bahá’í is dedicated to personal and social transformation. Bahá’u’lláh (1817-1892), the founder of the Bahá’í Faith, explained that transformation is the true purpose of religion, and He described the personal and social processes as essentially interactive and complementary. Consequently, Bahá’ís are committed to building the capacity of individuals and to learning, through community-based efforts, how better to effect change and improve society. 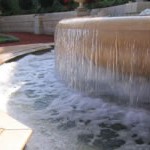 The Bahá’í Faith is the youngest of the world’s independent religions. Its founder, Bahá’u’lláh (1817-1892), is regarded by Bahá’ís as the most recent in the line of Messengers of God that stretches back beyond recorded time and that includes Abraham, Moses, Buddha, Zoroaster, Christ and Muhammad. The central theme of Bahá’u’lláh’s message is that humanity is one single race and that the day has come for its unification in one global society. God, Bahá’u’lláh said, has set in motion historical forces that are breaking down traditional barriers of race, class, creed, and nation and that will, in time, give birth to a universal civilization. The principal challenge facing the peoples of the earth is to accept the fact of their oneness and to assist the processes of unification.

One of the purposes of the Bahá’í Faith is to help make this possible. A worldwide community of some five million Bahá’ís, representative of most of the nations, races and cultures on earth, is working to give Bahá’u’lláh’s teachings practical effect. Their experience will be a source of encouragement to all who share their vision of humanity as one global family and the earth as one homeland.

Bahá’ís have regular meetings for worship and social and educational activities for children, youth, and adults, open to all. Bahá’ís gather in study circles to explore in a participatory manner Bahá’u’lláh’s teachings. There are also activities for service, observances of Bahá’í holy days and other events to which all are welcome. Informal gatherings, sometimes referred to as fireside meetings, provide an open setting for asking questions and learning more about the Faith for oneself.

Bahá’ís believe that there is one God, that all humanity is one family, and that there is a fundamental unity underlying religion. They recognize that the coming of Bahá’u’lláh has opened the age for the establishment of world peace, when, as anticipated in the sacred scriptures of the past, all humanity will achieve its spiritual and social maturity, and live as one united family in a just, global society.

The Bahá’í community today numbers some five million members resident in 189 independent countries and 46 territories. Its rich diversity embraces people from most of the planet’s races, creeds and cultures, including over 2,100 different ethnic groupings. 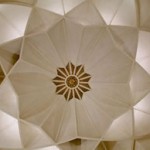 There is no clergy in the Bahá’í Faith. Because the human race has entered upon the age of its maturity, each individual is able to explore the revelation of God and to decide on the issues of life through prayer, reflection, and consultation with others. To make this possible, the Bahá’í scriptures have so far been translated into some 800 different languages.

The same principle applies to the community’s collective life. Elected councils, designated as Spiritual Assemblies, administer the affairs of the Faith at both local and national levels. All adult believers are equally eligible and election is by secret ballot and plurality vote.

The work of the Faith is entirely supported by voluntary contributions from the members. Giving to the Bahá’í fund is regarded as one of the privileges of membership; the Faith does not accept outside contributions.

Baha’is and Other Religions

Bahá’u’lláh called upon the Bahá’ís to associate with the followers of all religions in a spirit of love and friendship. Bahá’ís see no intrinsic conflict with other religious communities, as they believe all the revealed faiths originate from the same Source, God, and are essentially one.

The emancipation of women, the achievement of full equality between the sexes, is essential to human progress and the transformation of society. Inequality retards not only the advancement of women but the progress of civilization itself. The persistent denial of equality to one-half of the world’s population is an affront to human dignity. It promotes destructive attitudes and habits in men and women that pass from the family to the work place, to political life, and, ultimately, to international relations. On no grounds, moral, biological, or traditional, can inequality be justified. The moral and psychological climate necessary to enable our nation to establish social justice and to contribute to global peace will be created only when women attain full partnership with men in all fields of endeavor. 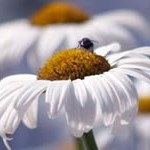 Bahá’ís see the environmental crisis as one of many issues requiring a profound change in human behavior. They believe that humanity is in a turbulent period of transition towards a unified global society. Humanity will be able to live in harmony with the natural environment when its spiritual and material potentials are given balanced attention.

How Do I Become a Baha’i?

A person becomes a Bahá’í by recognizing Bahá’u’lláh as the Messenger of God for this age and accepting to follow His laws and teachings and the administrative institutions He established for the unification of humankind. People enroll in a Bahá’í community by signifying such belief and commitment, orally or in writing , to the responsible Bahá’í institution. 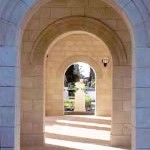 “To be a Bahá’í simply means to love all the world; to love humanity and try to serve it; to work for universal peace and universal brotherhood.” ~ Bahá’í Writings

“When you enter their meetings, you will find Christians, Muslims, Buddhists, Zoroastrians, Jews and representatives of other beliefs present, all conjoined in a wonderful unity without a trace of bigotry or fanaticism, and the light of the oneness of the world of humanity reflected in their faces. Day by day they are advancing, manifesting greater and still greater love for each other. Their faith is fixed upon the unification of mankind, and their highest purpose is the oneness of religious belief. They proclaim to all humanity the sheltering mercy and infinite grace of God. They teach the reconciliation of religion with science and reason.  They show forth in words and deeds the reality of love for all mankind as the servants of one God and the recipients of His universal bounty. These are their thoughts, their beliefs, their guiding principles, their religion.” ~ Bahá’í Writings

Click here to print a brochure about the Bahá’í Faith.