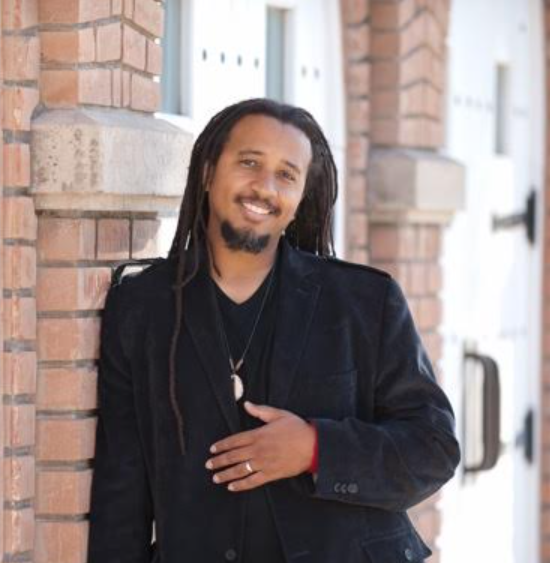 Join us for the NOVA Bahá’í Center Sunday Morning Programs offered weekly every Sunday at 10:30 AM-EST via Zoom.

Kindly save the Zoom link below for future use.

Presenting:  Calvin Terrell   “Virtues & Violences In The Most Challenging Issue”

to addictions, murder, white supremacy, and misogyny, as well as owning his own prejudices and role in oppression, compels Calvin’s service. Calvin is founder/director of Social Centric Institute, a non-profit he built to educate anyone and everyone to be healers of historical trauma around racial intersections, class, religion, gender, and environmental disruption. For more than 25 years, Calvin has engaged every demographic throughout the US in historical trauma healing processes. His approaches draw from many technologies that are colonial, decolonized, and indigenous.

For his dedication to human rights, Calvin’s been awarded with honors from faith, educational, civic, and activist organizations, as well as government institutions, including the city of Phoenix year 2000 Dr. Martin Luther King, Jr. “Living the Dream” Award. The demand of his services prompted organizations such as Harpo Inc., Oprah Winfrey’s production company to contract Calvin to train executive producers, coach various members of the production team, and assist in their transition to the “O” network. He was also honored to be a contributing consultant in designing the Muhammed Ali Center in Louisville, Kentucky. Most recently, the Obama Foundation sought Calvin’s collaboration with regards to communityempowerment. Calvin’s TED talk called “Sociospiritual Evolution,” can be accessed at the TED website.Calvin is not a democrat, nor a republican, a libertarian or anarchist; he is soul experiencing black membership of the human race. He doesn’t care what you think or feel about him, but he loves you! As calvin, the Drapetomaniac, he’s discovered that volunteering is an event, giving is a “season,” but service is lifelong culture of joy, tests, and victories. He invites you to serve with him to heal humanity and be better with All Relations.

Please visit the calendar on Novabc.org for a schedule of other public activities.

With our warmest regards,